Dear Joyce, I could not feel less like giving a sacrifice of praise, even though that is my meditation for this morning.  Nadia also is gone.  But I will praise, because I must.

We- Nadia, Sonia Caules of Curacao, Andaiye of Guyana – come from a movement of Caribbean women, the Caribbean Association for Feminist Research and Action which sought to integrate the region across colonial language lines.  The Dutch, the Spanish, the French, the English and all the languages we created from these encounters then re-colonised this space. But Nadia and CAFRA sought to break those bondages.

Nadia did more
Nadia Raveles sought to break bonds of geography and a different way of understanding time. When CAFRA held a regional meeting in Suriname, she took us to a Saramaka village and made a bridge to the Maroons.  For many of us this was unimaginable and unforgettable.  When we arrived, a Sunday, the women sat on stoops of their houses wearing skirts and nothing else.  We were moved beyond reason to find them so. So gracious, so welcoming, so Suriname. We did not stay long.

When we held another meeting in Suriname Nadia took us back to meet the Saramaka.  Their village had been drowned.  To make a dam they say. In all the vastness of Suriname they had to drown a Maroon territory. We had nothing to give them that could compensate for that loss, so I sang a song by Barbadian calypsonian, the Mighty Gabby. That song, a ballad called Emerton, received the acclamation as the most important Barbadian song of the 100 years of the 20th century. 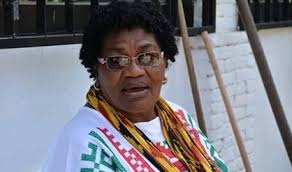 Emerton sings of a village of working-class people who were moved from their village and the village demolished to form the national sanitation centre.  Gabby sings to the politicians in the chorus: “… And I will never never forgive you / because looka looka wha yuh do, to my Emerton”. The Saramaka women hugged me after I sang, though I sang in English.  They understood Gabby wrote their feelings and I sang them.  We stayed the whole day that time.  They fed us, danced us, taught us what it really means to wuk up -what we Barbadians do rather well at Crop Over especially…I came away with the biggest migraine I had ever had.  I thought I would die.

Why do I say all this in a tribute to Nadia?  Nadia breathes in these memories.  She comes alive for me and allows my sacrifice of praise.  Because I am wailing at these constant losses about which I can do nothing.  I can do not but praise.  My sacrifice.

You have my permission to publish this tribute just as it stands, a letter to you my other Surinamese sister.  And remember to your family for me.

WE ARE LOSING A GENERATION OF FEMINISTS

AND SOCIAL ACTIVISTS OF THE CARIBBEAN AND

CAFFRA IS A SHADOW OF ITS FORMER SELF.

THIS GIVES ME MANY SAD FEELINGS